Rising Damp Advice – This article is from Building Conservation

Rising damp describes the movement of moisture upward through permeable building materials by capillary action. It becomes a problem if the moisture penetrates vulnerable materials or finishes, particularly in the occupied parts of a building. This moisture will dissolve soluble salts from the building materials such as calcium sulphate, and may also carry soluble salts from its source. If the moisture evaporates through a permeable surface, these salts will be left behind and form deposits on or within the evaporative surface. Where there is a large evaporative surface, salt crystals are deposited as a harmless flour-like dusting on the surface. If evaporation is restricted to localised areas such as defects in an impermeable paint finish, then salt deposition is concentrated, forming thick crystalline deposits with the appearance of small flowers; hence the term ‘efflorescence’. When evaporation occurs within the material, salts can be deposited within the pores. The expanding salt crystals in these locations may result in fractures forming in the material and spalling of the surface. This type of decay may be seen in porous brickwork or masonry.

When there has been a long-term problem with moisture penetration, evaporation at the edge of the damp area leads to a distinctive ‘tide mark’ as a result of salt deposition. Where this occurs at the base of a wall, the tide mark is often taken as a typical diagnostic feature of ‘rising damp’. However, these salt accumulations may remain even when the water penetration that originally caused them has long gone. Similarly, water penetration may have occurred from causes other than ‘rising damp’.

The most common source of moisture in the base of the walls of buildings is from defective ground and surface drainage. This is present to some degree in almost every building in the country, due to a combination of such factors as rising ground levels, the failure of ground drainage systems, and the increased use of concrete or finishes around buildings without consideration of drainage slopes.

The accumulation of ‘moisture reservoirs’ in the foundations may also arise as the result of chronic plumbing leaks or floods from catastrophic plumbing or drainage defects.

Damp conditions at the foot of walls may be greatly increased by condensation. This occurs when warm moisture-laden air cools to dew point (the temperature at which moisture condenses) against a cold surface. Such cold surfaces commonly occur when the insulation value of the external wall is reduced by water penetration, as described above. Intermittent occupancy with intermittent heating provides the conditions for condensation of further water on these cold damp surfaces, particularly in ground floor bedrooms. These phenomena are the main causes of damp in the base of walls rather than ‘rising damp’ alone.

Concentrations of hygroscopic salts, which are often found in masonry, can also absorb moisture from the air, especially at relative humilities above 75 per cent. In a room that is sometimes unoccupied, with fluctuating relative humidity levels, this can result in the regular appearance of salt blooms on the surface (‘cyclical efflorescence and deliquescence’), resulting in damage to vulnerable materials, and giving the appearance
of rising damp.

Damp masonry at the base of walls may lead to a number of problems:

As described above, ‘rising damp’ is only one of many mechanisms resulting in high moisture levels in the base of walls, and even when it is a significant factor, it is rarely the primary source of moisture. The management of problems due to high moisture levels requires the proper identification of the moisture source and the defect responsible, before the most cost-effective solution to the problem can be determined.

Damp and its effects may then be controlled by adopting one or more of the following measures:

The control of moisture movement using either damp-proof or hydrophobic materials to create a relatively less permeable ‘moisture barrier’ is not necessarily a cost-effective option in controlling damp problems and may even be counter-productive. This is because use of relatively impermeable materials will restrict moisture movement and hence drying. As a result, moisture may be ‘locked’ into damp materials for many years causing chronic problems. Moisture may also be prevented from dissipating from permeable materials, resulting in the build-up of moisture or even damper conditions in localised areas. This may result in moisture moving into previously dry structures or evaporating from previously unaffected surfaces, causing further salt efflorescence. One reason why those injecting ‘chemical damp-proof courses’ generally insist on re-plastering treated masonry with a salt-proof and waterproof mixture, is to cover up these potential problems.

A relatively common example of the effect of inserting a damp-proof material into a structure is the appearance of fresh ‘rising damp’ in walls following the laying of a new concrete floor with a damp-proof membrane. This is most often done when a suspended floor structure is replaced by a solid floor, or when a breathable stone slab floor is lifted and re-laid. Before the alteration of the original floor, moisture would have been able to evaporate off a large surface, without affecting internal finishes. However, a new impermeable membrane allows the water to accumulate beneath, forcing it to the sides of the room and into the base of the walls. This causes damp and decay problems unless appropriate ventilation has been provided at the floor/ wall junction. These damp problems are then often used as justification for the injection of a moisture-barrier and the removal and replacement of plaster with remedial mixes. In fact, the more cost effective solution would have been to allow the floor structure to continue to breathe. This can be done with a suspended floor or by re-detailing the floor/wall junction in such a way as to allow moisture to dissipate, for example, with a vented skirting detail.

If it is decided that a moisture-barrier at the base of the wall is essential, the most reliable method is to introduce a physical barrier rather than a chemical one. This involves cutting in a layer of damp-proof material to form a barrier which is continuous with the damp-proof membrane under the floor. As the wall above this barrier will remain damp for some time, it is then necessary to isolate all vulnerable materials above as well as below the barrier, such as skirting boards, from the base of the wall with a damp-proof membrane or ventilated air gap.

However, a damp-proof barrier is always vulnerable to local failure and will tend to concentrate moisture and damp problems at these points. This is a general characteristic of all impermeable materials, including those used in tanking systems, which are generally found to fail at some point or at some time. This results in more ‘concentrated’ moisture at the points of failure, and hence more severe damp problems locally when they fail. Because of this, the more robust, fail-safe, and traditional building techniques rely on the use of permeable materials and ventilation details in order to dissipate moisture and prevent it coming into contact with vulnerable materials or interiors.

‘Chemical damp-proofing’ may provide a useful barrier to damp in the short to medium term, or at least a ‘nominal damp proof course’, where the walls are of uniform construction such as sound brickwork laid with strong cement mortar; especially if they are combined with a ventilated dry lining system or other building detail which allows moisture to dissipate. However, any gaps which are left, or which appear over time as the material deteriorates, may lead to an accelerated rate of decay.

This method is most unreliable where walls are of natural stone, because the injected hydrophobic material will follow the lines of least resistance and may not accumulate in sufficient quantities where it is needed. This is particularly true when the wall is made up of materials of different permeability, as is common in the thicker walls of older buildings where the bricks and mortar may be of variable consistency and the structure may include cavities, particularly when the wall consists of brickwork or masonry skins containing a rubble infill.

The most cost-effective way of preventing damp problems in buildings, including those resulting in damp masonry at the foot of walls, is to minimise moisture sources and provide adequate passive moisture sinks to dissipate any penetrative moisture so as to make the system fail-safe. This should start with the provision of adequate ground drainage around the building to minimise water penetration to the foundations, and the re-detailing of surface drainage so as to ensure surface water is drained clear of the foot of the walls.

Traditional buildings built in damp or potentially damp sites commonly included through-ventilated sub-floor cavities, cellars or basements. These act as sumps to allow the evaporation and dissipation of moisture from the structure before it reaches occupied areas or vulnerable finishes. Indeed, in some parts of the country it is not uncommon to find streams running through the cellars or basements in old farmhouses. These were presumably retained as a source of water for domestic use. However, if the ventilation of a basement, cellar or sub-floor cavity has been restricted, moisture can build up and penetrate vulnerable structures. This can occur, for example, by earth and plants clogging air bricks or by the ill-advised application of relatively impermeable materials. The solution to these problems if they develop, is to re-establish ventilation, not to start applying further damp-proof materials.

As described earlier, the reinstatement of a through-ventilated suspended floor is generally preferable to its replacement with a concrete slab. The requirement for the continued dissipation of moisture does not preclude the use of basements and cellars as occupied areas, but means that walls should be kept ventilated and not sealed. This can be achieved by using through-ventilated dry lining systems rather than impermeable finishes or tanking materials, which would only force moisture into adjacent structures above or to the side. Traditionally, dry lining has been produced by the use of timber panelling spaced from the masonry with battens or the use of lath and plaster. In all cases, the cavity behind should be ventilated at the top and at the bottom to allow through-ventilation to dissipate moisture, as otherwise moisture will accumulate to cause damp and decay problems. This commonly happens when insulation material or debris is allowed to block the cavity behind lath and plaster or when impermeable paint layers accumulate over timber panelling. These defects are easily solved and the traditional ‘farmhouse’ technique of timber panelling to dado level can be an attractive and cost-effective solution to problems of damp penetration or condensation affecting the foot of masonry walls. Modern materials and techniques may be used to achieve the same end, and many products are available on the market to allow the cost-effective provision of through-ventilated dry lining systems, including specialist plasterboard systems and studded plastic membranes which can be used to form vertical damp proof course details behind the dry lining.

Even with the loss of traditional skills and the complexities introduced into building by new materials and new styles of occupancy, the conditions resulting in damp to the base of walls can easily be avoided with a little thought and scientific understanding. Indeed, new materials and techniques can often be used to advantage if their properties are analysed as potential environmental controls. In contrast, the misdiagnosis of rising damp and the general application of particular products and techniques without considering the consequences lead to the unnecessary waste of the increasingly limited budgets available for maintenance and refurbishment. A more rational approach to the diagnosis and treatment of damp problems in buildings is only good building practice, which independent surveyors and their scientific consultants should promote in the interest of sound building and public health.”

If you have any problems when trying to complete the form above, please email your details to admin@dampproofingcapetown.co.za 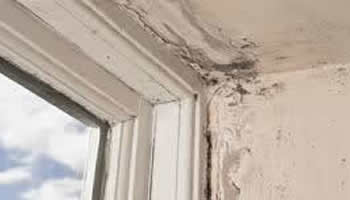 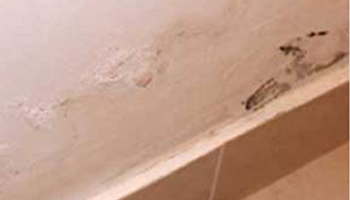